What should you do if you’re rear-ended in Texas?

Home Dallas Car Accident Lawyers Dallas Rear-End Collision Attorneys What should you do if you’re rear-ended in Texas?

It’s a hypothetical that has unfortunately come true for many motorists. So many questions arise when you are involved in an auto accident where your vehicle was rear-ended. Fault or no-fault? Extenuating circumstances or not? Guilty or not? There are many ways this scenario can play out, like being rear-ended by a negligent driver or being hit from behind by another vehicle that was forced into yours. When it comes to the Texas law on rear-end collisions, what matters is just who is ultimately responsible for your car being struck.

In this article, we talk you through what to do when rear-ended in Texas, including who you need to call, the evidence you need to gather, and other helpful pieces of information. 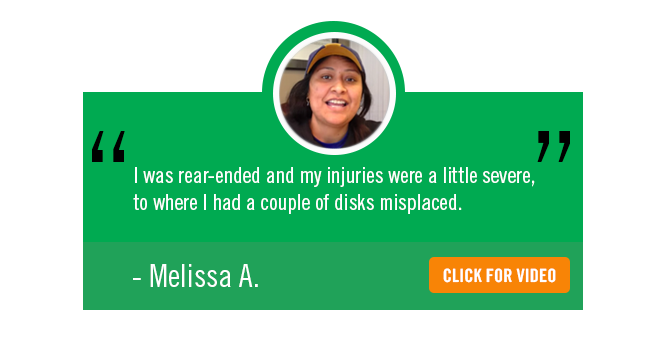 Simply being on the road as a motorist means you’re vulnerable to accidents and incidents that can damage your vehicle, your health, or both. Here are some of the common circumstances that might lead to you getting hit from behind in your car:

If You Rear-End Someone, Are You At Fault?

If you were the driver who hit a car from behind, you may be in panic mode – but rear-end accidents in Texas are not always the fault of the person who is at the “back”. The front driver may be held responsible for the accident in a situation where they carelessly pull out of a driveway or make an unsafe lane change, causing the back driver to rear-end them.

What Happens When You Are Rear-Ended in Texas?

Generally, you shouldn’t leave a thing to chance if your vehicle has been rear-ended because too many things are at stake. For one thing, if you are going to say that it was the other driver who hit your car with theirs, and that they are entirely to blame, you will have to prove it. If the accident was witnessed by a lot of other people who are willing to go on record and provide a statement to that effect, you may have no problems. However, even in this situation, you may find that the guilty driver’s insurance company is making things difficult for you.

The Challenges of Rear-End Accidents In Texas

Unfortunately, you may find that an insurance company is unwilling to pay for any claims after you have been rear-ended. Most companies endeavour to avoid large payouts. In addition, it’s difficult to prove that the driver behind you was totally at fault, liable for damages to your car and health because of the crash, and for any subsequent financial issues afterward.

Also, not all states distinguish fault. In the state of Texas, you can pursue the guilty party who rear-ended your vehicle, and you can even attempt to deal with their insurance company. However, this often leaves you without any results or with an insufficient settlement.

When it comes to what to do when rear-ended in Texas, you need an experienced auto accident attorney to step in and take over the work. In fact, if you are ever rear-ended, the first thing to do after the dust has settled is to contact an experienced auto accident attorney. They will begin gathering up all of the information needed to ensure the best possible outcome. That means going so far as to call them from your hospital bed or as you recover at home after the incident.

Comparative Negligence in Texas – What Does it Mean?

If you’re wondering what to do when rear-ended in Texas, it’s important to factor in something called comparative negligence. Not all states have the same rules, and for auto accidents in Texas, this particular piece of legislation is something that your attorney has to pay close attention to.

When one person accuses another of committing a negligent act that caused an auto accident, Texas enacts a modified comparative fault rule to figure out the degree of fault of each party involved. The amount of damages awarded will match the percentage of fault.

The Benefits of Working With a Qualified Attorney

Is a rear-end car accident really that serious? Absolutely, and you need to have the issue professionally evaluated straight away. You should work with a firm that acts as if you were going directly to court rather than simply seeking to claim what is rightfully yours.

Why should you look at a rear-end accident as if it were about to become a lawsuit? The reality is that you should view the matter as seriously as if it were going to court because that may be what it takes to get what you are entitled to.

Insurance firms are not enthusiastic about paying out, and they will question every single detail. Since you were someone who was just rear-ended, it could mean you are in a hospital, not in a fit state to gather data and information, and unable to meet their challenge.

A good car accident attorney will step up to any challenge and put together a case that prevents the insurance company from slipping out of its obligation.

Of course, it does come back to whether or not someone is supposed to receive monetary damages under the terms of the law. As previously mentioned, the Texas law on rear-end collisions states that an injured party can sue the person at fault for the accident, but they need to prove that fault. They may need to prove the extent of damage or injury, too.

At each step of the way, an experienced attorney has the resources, skills, and ability to ensure the best possible outcome in a rear-end car accident.

The attorneys at Reyes Browne Reilley Law Firm have a proven record of success in helping clients involved in a rear-end accidents in Texas to receive all they are due under state law. Call us today to get your case opened and under review.